Vegetables 2.0: The Trendiest of the Trendy. 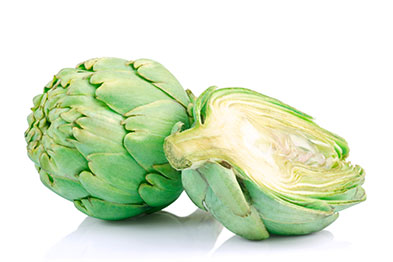 And now for Vegetables 2.0: The Trendiest of the Trendy. This is one time when trendy is not a bad thing. All of these veggies are powerhouses that you might not have tried, plus a couple of new twists on old favorites!

First up…celeriac also known as celery root. The bulb of this specific variety of celery has long been a common ingredient in simple soups, but the root veggie has recently charged onto menus as an appetizer, salad ingredient, and side dish alongside heartier proteins. It has the starchy texture of a potato, but still retains the crisp, clean flavor of its namesake. Store them in the fridge, unpeeled, in an unsealed plastic bag, with a dry paper towel to absorb excess moisture, for up to 3 weeks. To prepare: Scrub celery roots well, then trim the top and bottom with a sharp knife. Peel skin with a vegetable peeler, then use a knife to trim any recessed or pocked parts of the root. Need an idea of how to prepare celeriac…we love this delicious vegetarian “steak” recipe!

Next up…sunchokes, also known as Jerusalem artichokes, are native to North America and were originally eaten by Native Americans prior to Columbus’ arrival, but these days you’re likely to find them in the small-plates section of New American restaurants. The taste of this tuberous root is often compared to potatoes, except sweeter and sharper thanks to a composition of inulin dietary fibers instead of starch. It is one of the finest sources of dietary fibers, because it’s high in oligo-fructose inulin, which is a soluble non-starch polysaccharide. Jerusalem artichokes are also a very good source of minerals and electrolytes, especially potassium, iron, and copper. 100 g of fresh root holds 429 mg or 9% of daily-required levels of potassium. Potassium is a heart friendly electrolyte which brings reduction in the blood pressure and heart rate. We love this super easy sautéed Jerusalem artichokes with garlic and bay leaves recipe.

What would a trendy veggie list be without a new salad green? We’d like to introduce Little Gem! Move over butter lettuce, there’s a new kid on the trendy-greens market. Literally a descendant of butter lettuce and romaine, Little Gem combines the rich flavors and hearty crunch of its parent plants into a new “supergreen” with a name so adorable it’s destined to shine. It’s even great for grilling! Check this recipe out…done in 15 minutes!

And about as “old school” as you can get, beets are starting to become a “glamour vegetable.” The bold color and powerful earthy flavors have made it a favorite of creative chefs looking to brighten up traditional entrees, but it also works just as well taking center stage. Beets are high in potassium, magnesium, fiber, phosphorus, iron; vitamins A, B & C; beta-carotene, beta-cyanine; folic acid. These are but a few of the many nutrients, vitamins and minerals that can be found in beets and beet greens. Beets are particularly beneficial to women whom are pregnant. And, guys, did you know that beets were the first form of Viagra? Seriously. One of the first known uses of beets was by the ancient Romans, who used them medicinally as an aphrodisiac. And that’s not just urban legend…science backs it up. Beets contain high amounts of boron, which is directly related to the production of human sex hormones. Try this roasted beets and carrots dish for a tasty take of these new/old/new veggies!

BodyWithin Benefits
Testimonials
Remote training is great!  It’s personalized, super convenient (one click and we are rolling), and I can see smiling faces. It’s also great for when we traveling or when we have colds and are afraid of spreading germs.  I also like the customized homework in between our live sessions.  Keep up the great work!
Ann and Joe – Michigan & Illinois
View More...
Recent Blogs
Get Fit Today