The Case for Greens 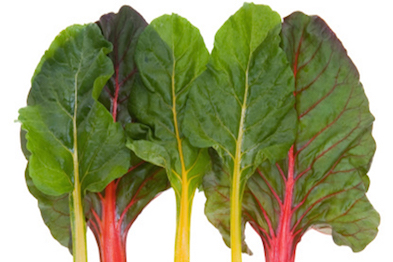 We know eating vegetables is good for you, but eating greens is proving more than beneficial. Scientists are beginning to seriously examine the effects of diet on brain function. What they’re finding is great news for anyone who thought cognitive decline was solely genetic. Rush University Medical Center, in Chicago, tracked the eating habits of 1000 adults over 5 years. They found that those who ate one to two servings of green leafy vegetables per day had the mental abilities of someone 11 years younger than those who didn’t eat greens. Nutritional Epidemiologist, Martha Clare Morris, says “Of all of the different types of vegetables, green leafy appear to be most related to protection against cognitive decline.”

So what makes green leafy vegetables SO good? Well, in simple terms, leaves have a tough life. Leaves are where photosynthesis occurs; “creating what is called reactive oxygen species which are turbo-charged free radicals that basically wreck havoc in cells. To combat this molecular chaos, each leaf produces tons of antioxidants.” According to Auriel Willette, an assistant professor of food science and human nutrition at Iowa State University, “Antioxidants put the brakes on those free radicals and keep those electrons from bombarding everything in the plants’ cells.” And, lucky for us, those antioxidants do the exact same thing in our bodies, giving us all sorts of health benefits! Some of the best researched are carotenoids which convert to vitamin A. The amount of carotenoids directly correlates to the amount of chlorophyll – so the more of one, the more of the other.

Knowing this, researchers looked at how much of 17 different nutrients, including vitamins B, C, and K, were in a bunch of these powerhouse foods. They ranked them in order of nutrient density. The big winner was watercress, which has an average of 100% of the daily value of each nutrient per 100 grams. Spinach ranked 5th with 86% of the daily value; kale only scored a 49%, but don’t count Kale out. This study didn’t measure nutrients like carotenoids and flavonoids where kale scores very high. This just tells us that eating a variety of these leafy wonders is the best way to cover all the bases.

BodyWithin Benefits
Testimonials
I’ve used Body Within’s online training for the last ten years. They are reliable. They never cancel! They are so knowledgeable and provide the proper workouts to help me meet my goals. I enjoy using my body along with my own equipment for exercise. I highly recommend any of their services!
Jan – North Carolina
View More...
Recent Blogs
Get Fit Today