Hey Fat Cells…I Am Talking To You! 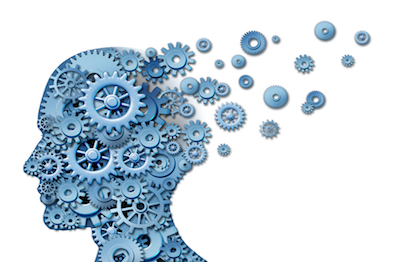 Hearing voices in your head? It might be your body fat talking and it’s talking to your brain. The conversations are about your metabolism and your stress levels, so best listen up! We’ve all heard about “stress eating” – how when you’re frazzled, you’re more likely to reach for a pint of ice cream instead of an apple. Now, scientists have discovered that there’s more at play than just nerves. New research published in the journal Psychoneuroendocrinology found that your body fat sends signals to your brain that affect the way it deals with metabolism and stress — and may even influence how much stress eating you do. Researchers found that a glucocorticoid receptor (which regulates genes controlling your body’s stress response, among other things) in fat tissue directs the brain to regulate its energy balance, helping to cope with stress. So, essentially, your body fat is talking to your brain about how stressed you are. That could have a big impact on your body.

Here’s why: Those signals regulate the part of your neuroendocrine system that controls your reaction to stress, as well as many of your body’s other functions, including digestion, mood, sexuality, energy storage, and your immune system. As a result, your body fat can affect you in many important ways, including your response to stress. Study co-author James Herman, a professor of psychiatry and behavioral neuroscience at the University of Cincinnati, say that it’s possible that excess body fat can mess with that stress signaling, causing you to eat more. It can be a vicious cycle, too. Herman notes that weight gain can give people a negative body image, which is a psychological stressor. And when extra body fat and stress are combined, your body may feel even more stressed out — and once again return to stress eating. Herman says that more research is needed before scientists know exactly how this signaling process works, but he points out that the new research shows that stress isn’t just in our heads: “These findings tell us that stress is a whole-body problem.”

So, can this stress/weight gain relationship being broken? Currently, researchers aren’t sure if losing weight can break the cycle. “Fat cells expand and shrink, and stress hormones are part of the expansion process,” says study co-author James Herman, a professor of psychiatry and behavioral neuroscience at the University of Cincinnati. But it isn’t yet clear if your stress hormones reduce as you lose weight. While stress eating can lead to weight gain and obesity, it has a useful role — at least, historically speaking. “From the evolutionary perspective, the stress response is designed to increase energetic resources to meet or anticipate a physiological challenge,” says Herman. When our brains get the message that we’re stressed, it views it as an emergency and signals the body that we need more food to cope with the stress. But since most our stress is now family and work related, and no longer comes from “hunting and being hunted,” we’re often not using that extra food from stress eating. As a result, we end up gaining weight and feeling even more stressed out. Herman acknowledges that stress eating is an issue for a lot of people, and says awareness of this fat-brain communication could help. But he says the key to beating stress eating (and subsequent weight gain) is just to reduce your overall stress levels – something that seems to be more and more important to a healthy life.

Did you hear that, fat cells? I’m talking to you….

BodyWithin Benefits
Testimonials
On the very first visit, I was given great information to help alleviate my back problems.
Marilyn—Howell
View More...
Recent Blogs
Get Fit Today