Great News is Brewing in the World of Science 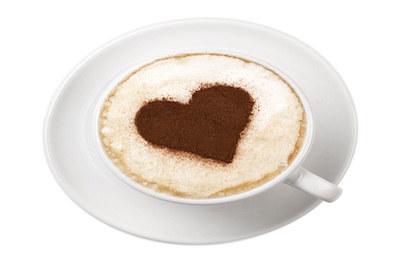 Coffee drinkers of the world you now have two more reasons to smile! If you’ve ever felt you needed coffee to survive, you might have been on to something. Although research has already suggested that drinking coffee regularly may be tied to a lower risk of diabetes and cardiovascular disease, new research published in the Annals of Internal Medicine found that your cup of java might have a broader effect — staving off other potential causes of death as well.

One study examined the coffee-drinking patterns of more than 185,000 Americans over a 16-year period. The researchers found that regular coffee consumption was associated with lower risk of dying from all causes – and the more cups of coffee these subjects consumed per day, the greater this apparent benefit. In fact, those who reported drinking four or more cups per day enjoyed an 18 percent decreased chance of death over the 16-year study period compared to those who said they did not drink coffee at all.

In a second study, researchers in Europe looked at more than 520,000 people across 10 countries over 16 years. This study, too, found that those who drank several cups of coffee a day had a lower risk of death, regardless of country.

It is good to note that both studies took into account smoking and other factors that could have affected the results.

The U.S. study was the first of its size to measure the possible effects of coffee consumption across a racial and ethnic spectrum. Those researchers found that coffee was associated with fewer deaths due to heart disease, cancer, respiratory disease, stroke, diabetes and kidney disease — a finding that echoed true across a variety of ethnic groups including African-Americans, Caucasians, Japanese-Americans and Latinos. Interestingly, in this study, even decaffeinated coffee was found to be linked to longer life, suggesting that the reason for its health benefits lies somewhere other than caffeine.

Now before you get too hyped up, the researchers did issue a caveat. When it comes to whether they could conclusively call coffee an elixir for long life, the science on that answer still needs to percolate.