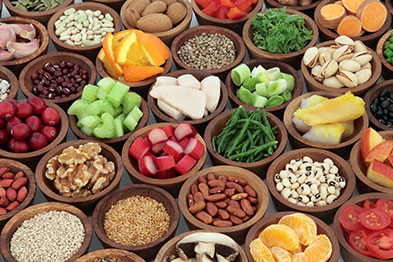 What’s the secret to living a long and healthy life? It could be as simple as where you live. If you’re one of the lucky ones who live in a Blue Zone, your odd of living, healthily, into your 90’s is pretty darn good. So, what exactly is a Blue Zone? It’s a geographic area that is home to a population with above-average life expectancies and the world’s highest percentages of centenarians. Residents of Blue Zones often live well into their 90s and suffer fewer incidences of dementia, cancer, and heart disease than those in other areas.

There are five so-called Blue Zones around the world: two in the Mediterranean (Sardinia, Italy, and Ikaria, Greece); a third in Okinawa, Japan; a fourth around the Nicoya Peninsula in Costa Rica; and the last in Loma Linda, a small city in California.

So, what do these Blue Zone populations have in common? What’s the secret to their longevity? Researchers have examined the Blue Zone inhabitants’ diets, daily routines, and social structures, and have uncovered a series of patterns. Blue Zone communities have strong family ties, participate in moderate daily physical activity, they don’t smoke, they rarely drink, and are socially committed to their friends and neighbors. However, above all, the longevity of the Blue Zone populations can be attributed to their food choices.

Even though their cultures are vastly different, their basic diet consists of the same types of foods. Their cuisines are predominately vegetarian, with a diet consisting mostly of vegetables, legumes, soy, tropical fruits, nuts, whole grains, and only a small amount of meat and dairy. And a vast number of studies back this up. Researchers combined the dietary habits of all 5 zones and came up with a list of the 12 “common denominator” staples of a Blue Zone diet. They are brown rice, avocados, bitter melons, fennel, garbanzo beans, goat milk, green tea, lentils, potatoes, rosemary, shiitake mushrooms, and tofu. Many of these you may already have in your kitchen. If not, the majority of them are readily available at your local grocery store, and are easily incorporated into your family’s daily meals.

BodyWithin Benefits
Testimonials
I am so glad I decided to work with Body Within. Heather worked around my problem areas, which aren’t problems anymore! My knees feel better and my arms are starting to take shape.
Mary – Howell
View More...
Recent Blogs
Get Fit Today