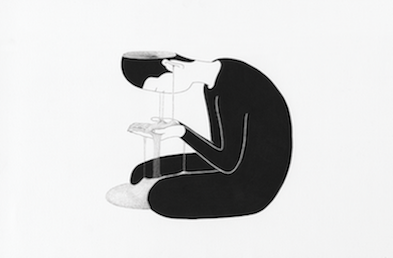 Depression was the theme of  World Health Day 2017. In honor of this growing health crisis, we’d like to take time to talk about this often ignored condition.

For starters, did you know that statistics show that rates of depression are growing at an alarming rate? Another scary statistic is that states with higher rates of depression also show higher rates of other negative health outcomes, such as obesity, heart disease, stroke, and sleep disorders. Women are more likely to be depressed than men and 1 in 10 women suffer from post-partum depression. Treatment of depression is a financial drain not only on patients, but also on the healthcare system, with the cost of care being over $22,000 per year for diagnosed cases. This is one of the reasons why doctors and medical professionals are using every available therapy to help people treat this condition. They’re beginning to focus on lifestyle changes, more specifically exercise!

It wasn’t until the1990s, that exercise began to be recognized as possibly helpful for treatment of depression and anxiety disorders. Psychiatrists and psychologists began to occasionally recommend that their patients get more exercise, maybe go for a brisk walk a few times a week or join a gym. Their thought was that it wouldn’t hurt and maybe it would help. Patients who struggled with anxiety, depression, physical tension, and the like, might at least feel a bit better if they were able to get outside for some fresh air or work up a sweat on the elliptical machine. There were even a few studies that showed that depression might improve with regular exercise.

Now, however, a significant body of data has accumulated to show the benefits of exercise–and other activities like yoga and mindfulness meditation–which have increasingly become a part of standard practice. But, it’s still not clear what the best ways are to incorporate these activities into daily life. For example, with exercise, how much is needed to help with depression? Is it a primary treatment–to replace medication or therapy–or an augmenting one? Who is it best for? And, for people who have depression, what’s the best way for them to start incorporating regular exercise into their lives?

In a refreshingly practical 2013 paper in the Journal of Psychiatric Practice, researchers Chad Rethorst and Madhukar Trivedi of the University of Texas Southwestern Medical Center, reviewed the literature for exercise just as one would review any medical treatment: including dose, duration, onset of action, possible side effects, toxicities, how it can be combined with other treatments, and for whom it does/doesn’t work. They made recommendations for an exercise prescription that a psychiatrist, psychologist or other mental health worker could provide to a patient. So what did they find? Exercise does help depression! Exercise is a reasonably good antidepressant, sometimes nearly as effective as SSRI antidepressants. It can be an effective treatment in and of itself. It can also help people who only partially improve on SSRI medications to get a better response, and it can prevent the return of depression.

But, as we all know, exercise can be hard work! To get the full antidepressant effect of exercise it requires exercising at a pretty intense level, and several times per week, not unlike what is recommended by the American Heart Association, who suggest at least 150 minutes per week of moderate exercise or 75 minutes per week of vigorous exercise (or a combination of moderate and vigorous activity). Like other treatments, it can take a number of weeks before its full antidepressant effect kicks in. Plus, it can be difficult to motivate oneself to start an exercise program, not to mention to continue it over many weeks and months, but the benefits are all in the plus column!

The question then begs to be asked…is some exercise better than no exercise in the treatment of depression and anxiety? Clearly this is the case. There’s evidence to suggest that even smaller doses of exercise can have positive effects on depression. While the optimal effect of exercise is obtained by exercising 45 minutes to an hour 3 to 5 times per week, according to study authors, Rethorst and Trivedi, “Taken as a whole findings suggest that exercise doses below the current recommendations may still be beneficial for patients with MDD [major depressive disorder]. Therefore, clinicians should encourage patients to engage in at least some exercise, even if they do not exercise enough to meet current public health recommendations.” They even suggest that physicians and other mental health professionals physically write an “exercise prescription” to give to their patients to make it officially part of the treatment process.

BodyWithin Benefits
Testimonials
On the very first visit, I was given great information to help alleviate my back problems.
Marilyn—Howell
View More...
Recent Blogs
Get Fit Today