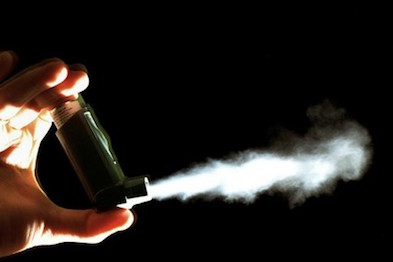 Of the millions of people suffering from asthma, many report having poor control of their symptoms. Fortunately, new research shows there is a simple remedy: 30 minutes of exercise every day – all year long. People with asthma often avoid exercising but this new research shows that by exercising, even during the winter months, they can help keep their asthma in check. In a study, recently published in BMJ Open Respiratory Research, experts from Concordia University, the Hôpital du Sacré-Coeur de Montréal, and several other institutions, researched the exercise habits of 643 participants who had been diagnosed with asthma.

Results were overwhelmingly clear: those who engaged in physical activity on a regular basis were nearly two-and-a-half times more likely to have a good handle on their symptoms, compared with those who didn’t exercise at all. And the good news is that workouts don’t need to be strenuous. Simon Bacon, lead author of the study and professor at Concordia’s Department of Exercise Science says, “We’re not talking about running marathons here. Just 30 minutes a day of walking, riding a bike, doing yoga — anything active, really — can result in significant reduction of asthma symptoms.”

Historically, people with the condition have been discouraged from exercising because of a belief that it triggered shortness of breath and brought on asthma attacks. Mr. Bacon explains that if you take simple precautionary measures you can avoid the discomfort that can be caused by physical activity. “The issue of exercise-induced bronchospasm is real — but if you use your reliever medication, blue puffer, before you exercise, and then take the time to cool down afterwards, you should be okay,” he says. “Even if you have asthma, there’s no good reason not to get out there and exercise.” That’s a message he hopes resonates. Within the sample group of 643 individuals, almost 1/3 of participants reported doing no physical activity. Only 100 said they engaged in the optimal 30 minutes a day. “Those numbers reflect the population in general,” says Bacon. Forty per cent of people don’t exercise at all, he says. “We need to keep in mind that doing something is better than nothing, and doing more is better than less. Even the smallest amount of activity is beneficial.”

But what about exercising in cold weather? For asthmatics, fitness levels sink faster than the temperature during the cold, dark winter months when the cold air provides another trigger for asthma symptoms. But just because the weather gets colder, doesn’t mean that someone with asthma should “sit out” until spring arrives. “Our study shows that those who were able to engage in physical activity on a regular basis year-round benefit most,” says Bacon. Simply move it indoors. Take your walks at an indoor mall, do your running at the gym, or just climb stairs.
“It’s all about being creative and finding environments where the cold doesn’t become an issue. It would be great to see physicians recommending physical activity to patients with asthma, alongside traditional pharmacological treatments,” he says.